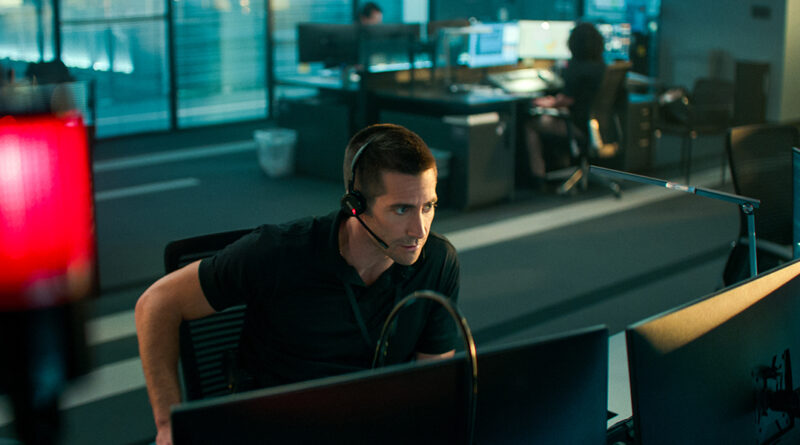 Antoine Fuqua’s ‘The Guilty‘ delivers a nail-biting performance by Jake Gyllenhaal which will leave you shaken in this 90-minute thriller. His performance is the main reason to watch this 2018 Danish remake. The Guilty had its world premiere at TIFF 2021 (Toronto International Film Festival) on September 11, 2021.

The film stars Jake Gyllenhaal who plays Joe Bayler, an L.A. cop who works for a 911 dispatch center taking late-night calls. The shift has already been hectic and he has his own issues back at home to deal with it, his anger just keeps building up with one problem after another, until he gets a phone from a woman (Riley Keough) who has been abducted in a van. Scrambling to help her, he takes matters into his own hands and his desperation keeps growing and growing. The audience can feel Bayler feeling helpless as a dispatcher and the way the film was shot really focuses mainly on Gyllenhaal’s emotions making this feel like one of the most intense thrillers of the year, all shot behind the desk never leaving the room.

It’s impossible to keep your eyes off the screen as you can feel the intensity, suspense in Gyllenhaal’s performance. The film was shot in 11 days and this film is a perfect reminder that all you need to make a great film is a great script and a great performance!