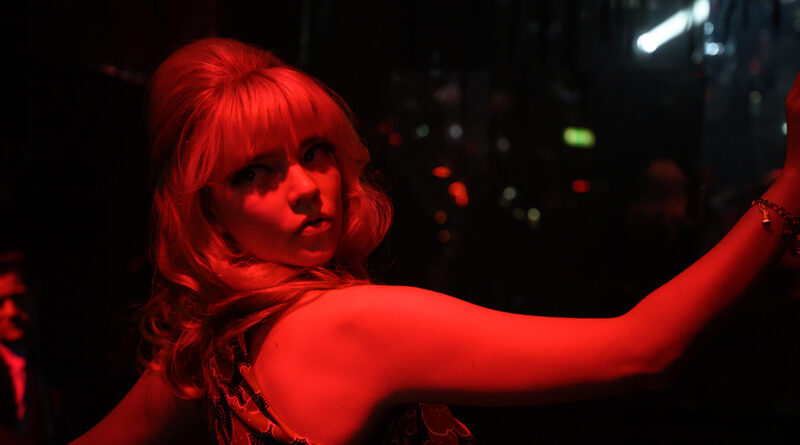 Last Night in Soho is a 1960’s fairytale until it turns into a nightmare. Director Edgar Wright brings the nostalgic, time-travel romp scenic view of London, where the whole setting seems to be a cultural imagination. The viewers are bound to feel immersed in the cool music, glamourous fashion, dance feel vibes, this film has a wonderful balance of it all.

Eloise (Thomasin McKenzie) is an art student with big dreams who gets accepted into a London fashion school and moves to school to pursue her dreams. Shortly, she realizes living in the dorms with catty girls who spend their weekends drinking and partying away, that this is not the life she wants. She ends up moving to a small bedroom in an elderly woman’s house (Diana Rigg). Ever since moving in, she locks eyes in the mirror, with a strange but beautiful elegant girl, where they make this immediate connection and Eloise is fascinated by this girl named Sandie (Anya Taylor- Joy). Eloise becomes invested in Sandie’s life and follows her journey throughout London to meet Jack (Matt Smith) who changes her life forever. Eloise is living her dream until we see Jack and Sandie’s relationship go downhill and see signs that Sandie’s life may meet a bad end.

The visuals of the films were incredibly shot, and there were so many beautiful colors and vibrant lighting aesthetics all throughout. I was not expecting the film to be this good, as I really felt I was living in a fairytale world, and even when the film got dark, slasher vibes, I really enjoyed watching Anya and Thomas’s performances. Anya definitely stole my breath away, especially after finishing Queen’s Gambit, we fall in love with the characters even more and she has an astonishing voice singing “Downtown” which often plays in the background of these scenes, leaving viewers mesmerized by it all.