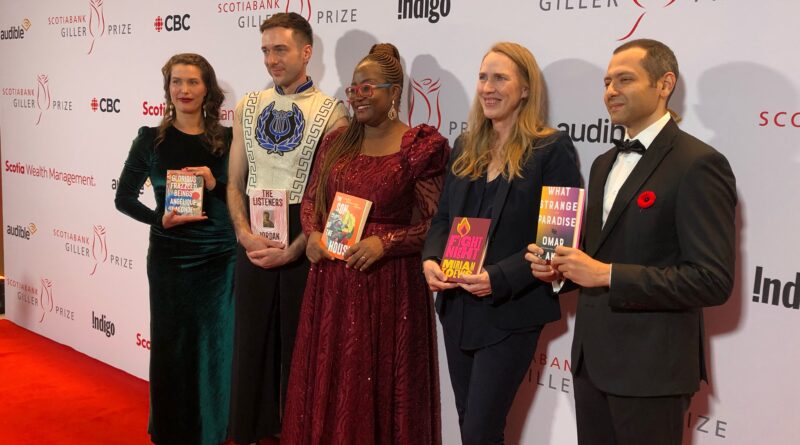 Canada’s top authors came together last night to celebrate Canadian literature for the 2021 Scotiabank Giller Prize Awards held at the Hyatt park hotel. The Giller award is presented each year to celebrate the success and achievements of Canadian writers and novelists. The Gala was hosted by Rupi Kaur (Milk And Honey) and actor Paul Sun-Hyung Lee, attended by around 200 guests from publishing, media, and art.

The $100,000 Giller grand prize courtesy of Scotiabank went to Omar El Akkad for his novel What Strange Paradise, published by McClelland & Stewart. The book is about a young boy fleeing Syria and meets a girl in Greece, who wants to help this boy. The novel paints a portrait of displacement and belonging in a time of war and two strangers who come from a different background but will do anything to help keep each other safe. In a world of crisis, they rely on the kindness of strangers.

Some other notable finalists, who each will receive $10,000 include