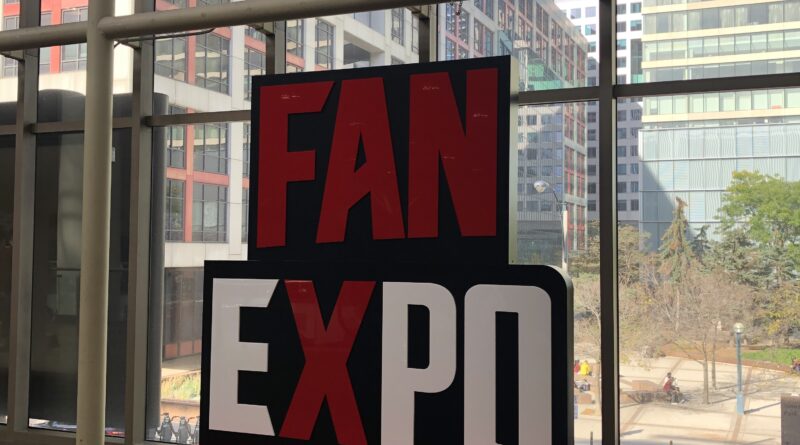 After a whole long two years, Fan Expo returned to Toronto this past weekend with a ‘limited edition’ event. Sci-fi, anime, and fantasy fans have waited two whole years due to the pandemic, and fans couldn’t be more excited for the largest flagship event to come back. Normally Fan Expo happens in August, but they’ve pushed it back this year, with lower capacity limits, plexiglass divider in between celebrity photo-ops, and standing room only at panels. 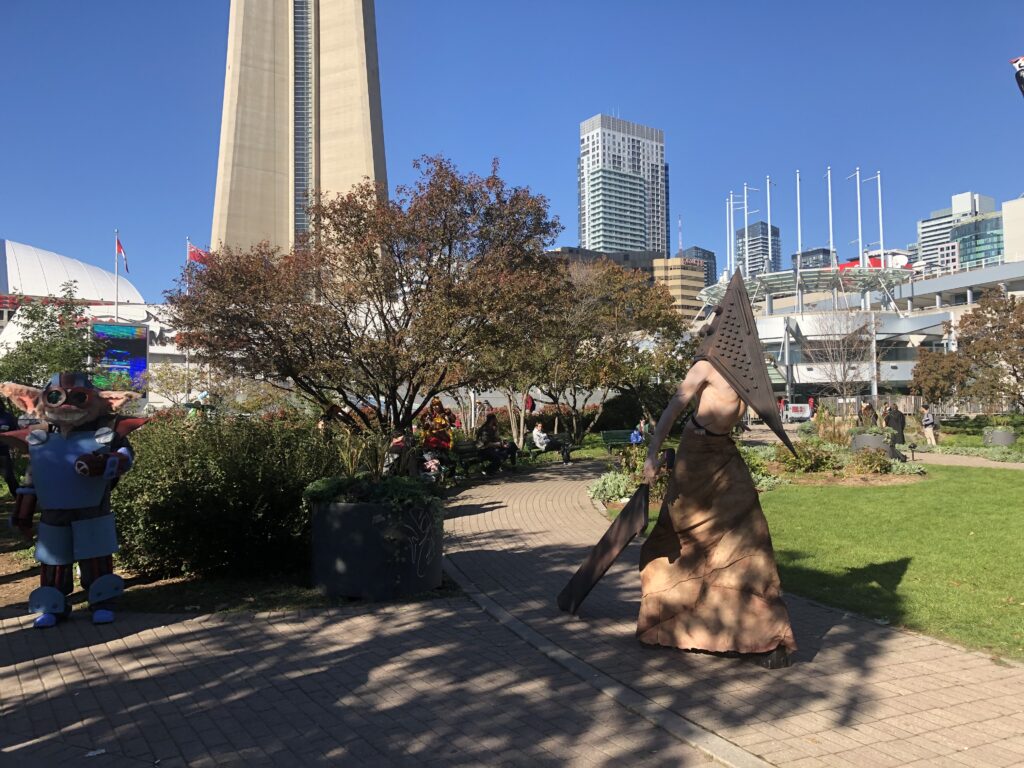 One thing we love about the fan expo is the creativity that goes into the costumes. If you happen to be downtown Toronto, you are bound to see a few Pokemon costumes, or anime characters floating around, and it’s amazing to see the creativity and craft. This brings us to the next highlight, cosplay.

Fan expo holds a special hour where fans can walk the red carpet in their cosplay and get their pictures taken. Fans can write whatever they want on their card, and the announcer will read their cosplay for everyone watching. The perfect opportunity to show off your hard work, and really get into character for the audience watching. This was such a joy to watch as I felt so nostalgic watching some of my favourite anime characters come to life. Some notable ones were Dark Magician Girl from Yu-Gi-Oh, Whomp Lieutenants from Mario, Black Window from Marvel series, Tanjiro from Demon Slayer, Tinkerbell and more.

This is the best opportunity for fans to either take a selfie, grab an autograph or say hello to their favourite stars! Prices range from $40 to-100 depending on the talent. Most of them range about $30 for a selfie-and $40 for a signature, and some of them even come out of their booth for that selfie! 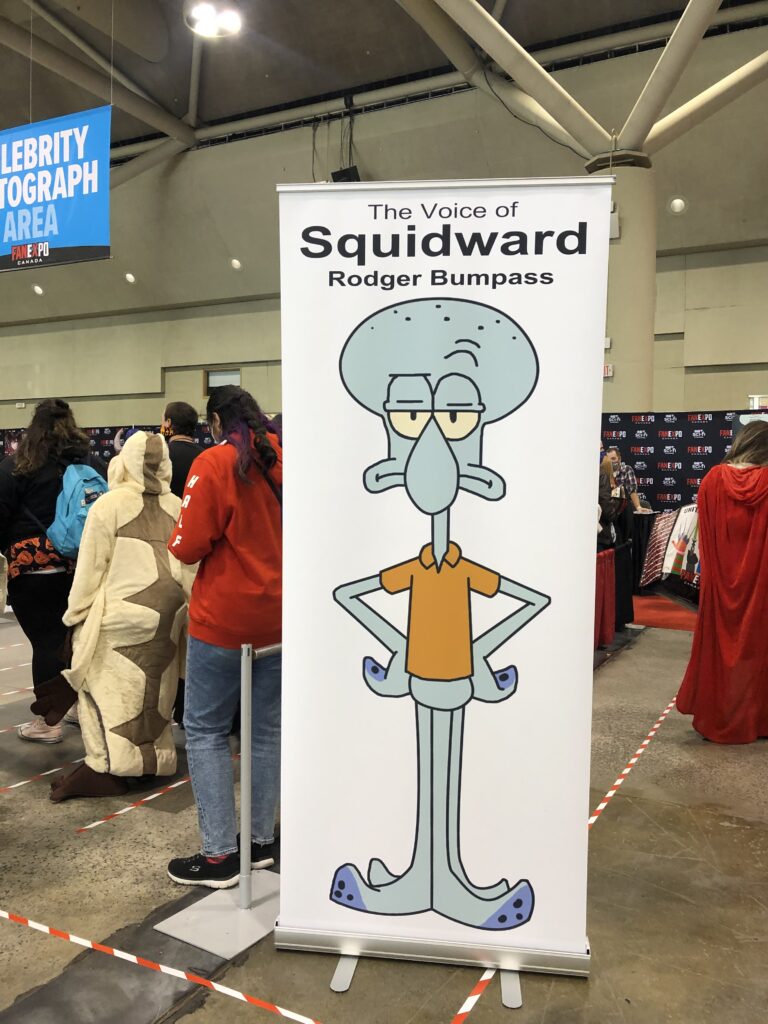 With Anime being such a big part of the expo, we’re bound to get some of the most well-known voice actors in town, some come every year! Bryce Papenbrook had the longest lineup, as he does voice some of the most popular anime characters such as Inosuke on Demon Slayer, Meliodas/Zeldris from Seven Deadly Sins, Eren from Attack On Titan, and the list goes on!

As mentioned above, Bryce Papenbrook who voices some of the most popular anime characters also had a pretty packed Q&A session. He talks about how he lost his voice a few times from voice acting, Bryce mentions “I can barely talk after an episode on Attack On Titan Junior high” and he said it happens a lot and even on military games where he can’t hold back and had to really scream those things like on Call of Duty. “From screaming so much, I can tell when it’s going to happen and I try to avoid it but sometimes it’s unavoidable because you have to take yourself there for it to be right for the characters and I’m willing to do and I love doing that.”

Another notable Q&A session we attended was none other than Pokemon’s original voice actor Veronica Taylor who plays Ash Ketchum. Pokemon fans were very excited for this one as one of the first questions she received were, who are your favourite and least Favourite pokemon? Veronica answers Pikachu, Charizard and Treecko and her least favourite is Snorlax. Veronica tells us her favourite part about playing Ash is that “he would constantly fall downhills. In the first movie, he’s running up all the stairs and you watch it and he’s making all these noises” As she reenacts some of her favorite voice moments, (it felt like Ash Ketchum was really right in front of us)

With hundreds of different vendors, you are bound to see some unique merch from all over the world! From cosplay outfits, to stuffed animals, Funko, Japan treats, Pokemon Cards, and more, you’ll find all sorts of unique things.

We had an amazing time at Fan Expo Limited Edition! And hopefully, we get the full version next year! Till next time!

To learn more about Fan Expo for next year visit here