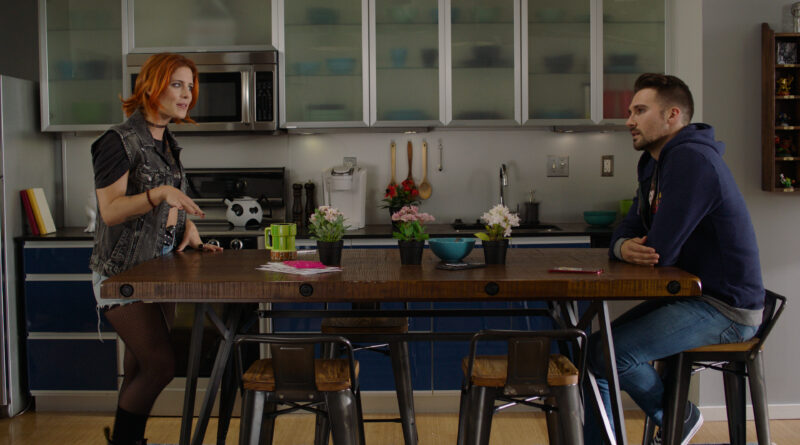 We Need To Talk, directed by Tom Wolfe, is a charming romantic comedy, where a romantic relationship meets lost in translation, existential angst, and insurmountable obstacles.  The film is full of comedic twists and turns, slapstick humour, and punch lines, which drives the narrative and creates dramatic tension.  The filmmaker juxtaposes the narrative of Scott’s gaming addiction and his attempt to complete a game review of the ‘Head Shot Heroes 10’ game prior to its release against his relationship with Aly, his girlfriend, and his ludicrous and hilarious and romantic attempts to make things right as his fan base weighs in offering advice and comment.  The narrative of the story is framed and contextualized within the context of his gaming world and his addiction to his smartphone.   The film begins with an apology to his fan base about his three-month disappearance and then, the film loops to the events of 3 months earlier when everything started, and the narrative of the film begins. 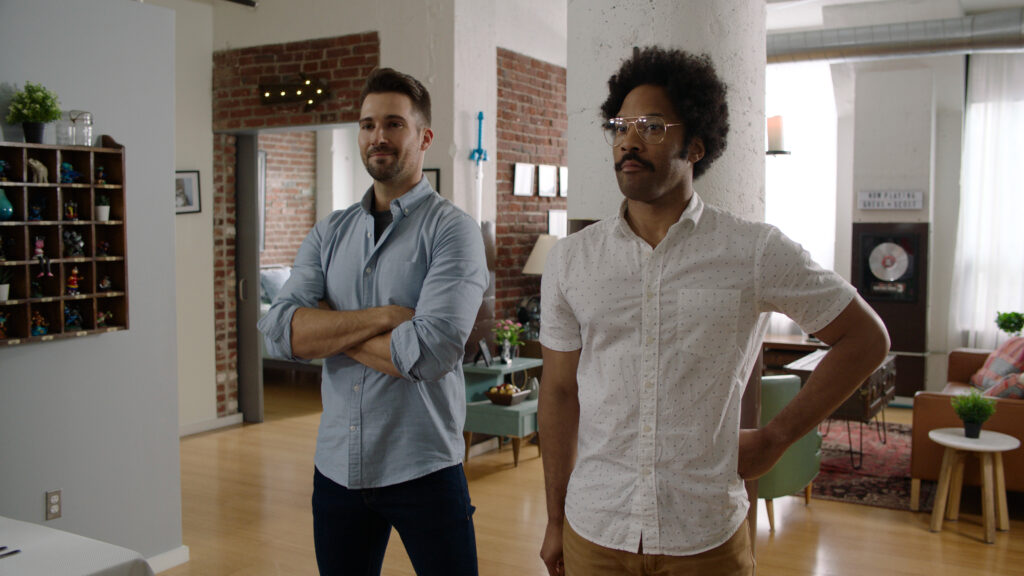 Do you remember the Infomercial host, Vince Offer, the promoter of the Shamwow?  Well, Maslow channels his own Vince Offer, giving an intense, nuanced performance of the self-absorbed, successful gamer out to charm the world and expand his subscriber base.  His Shamwow is promoting video games, his livelihood, and as an infomercial host promoting video games, he’s mesmerizing.   In spite of his out-of-whack narcissism and one-track mind, he’s hard to write off or dislike with his boyish good looks, engaging personality, wit, hilarious antics, and heart of gold.   He delivers a stellar performance.  I loved Khalil in the ‘Young and the Restless, and I love her in her role as Aly.  Before she leaves the apartment, she says to Scott, “We Need To Talk”, which sets him off thinking that things may not actually be okay in their relationship, that he has taken her for granted, and his romantic relationship may be in peril.  What do her words mean?  Is their relationship on the rocks?  Her four-letter-word sentence drives the narrative of the story as Scott tries to figure things out and make things right.  Khalil also gives a stellar performance as the sassy, smart, and well-grounded girlfriend who keeps Scott in check.  Why is she out-of-reach or returning his calls?  Is she avoiding him?  You wonder who is running charades around who?  Khalil and Maslow have a connection and they play off their chemistry in the film.  The camaraderie and the bantering between Scott and Joe, and between Scott and his fellow gamers, is fun to watch and weaves itself through the narrative providing comic relief, and giving the film structure and cohesiveness.  Yes, these gamers are eccentric but not stereotypical, to say the least.  Emily Bett Richards is marvelous in her role as the devious, highly spirited, foul-mouthed girlfriend who is hellbent on breaking up Scott and Aly at any cost. We all need such a devoted friend in our lives looking out for our interests.  Does she succeed?  Well, you’ve got to see the film and find out for yourself.  Adding another comedic dimension to the film is the over-the-top succession of delivery guys who drop off food and goods at Scott and Aly’s apartment.  They are amusing, to say the least. and deserving of a film or at least a short film. 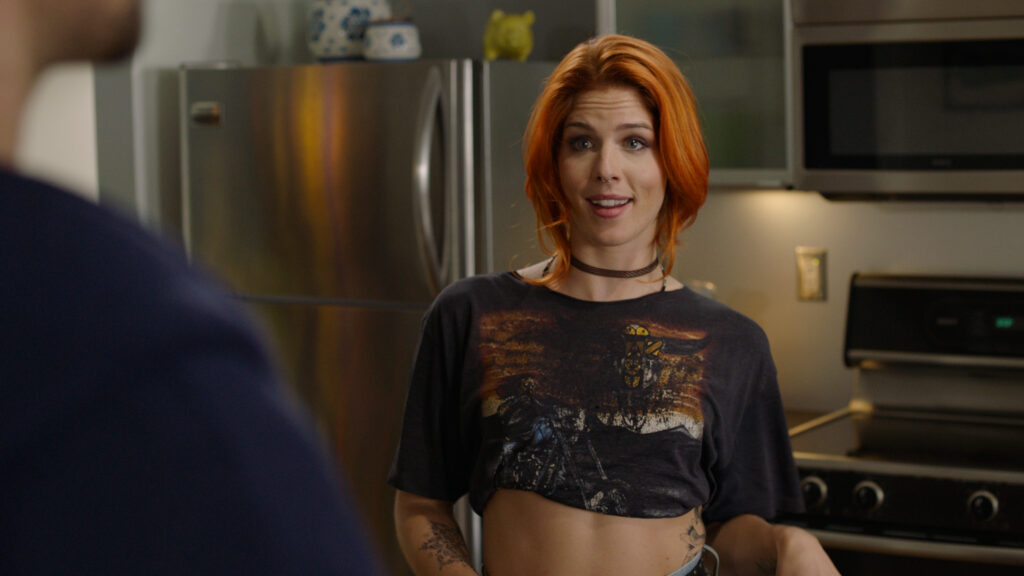 There is much to recommend the film which includes the acting, the superb dialogue, the comedy, the production values, and the soundtrack.   The images are beautifully composed and the director makes use of the foreground, middle ground, and background to add depth and dimension to his images.  Many of the shots capture the complexity of Scott’s relationships and dilemmas.   There’s a scene of Scott sitting on the toilet seat looking forlorn, the tile floor strewed with litter, having found a clue that might shed light on Aly’s words.   He’s in the background, the interior of the apartment is in the mid-ground and a photograph of  Scott and Aly is in the foreground.  There’s another scene where Joe is sitting at the editing desk, his profile facing the camera, and in the mid-ground, on the other side of the wall of the editing/taping suite, is Scott, crouching down against the wall, and the interior of the apartment is in the foreground.    Which relationship is really at stake here?   The use of aerial shots to transition scenes is a beautiful piece of editing.  There’s much to recommend for this well-crafted film.  We Need To Talk is a charming film, fun to watch, and deserving of your attention.  Don’t miss it.

Watch the trailer for We Need to Talk below

Global Digital Releasing releases We Need to Talk in theatres on May 13, 2022

And check out a special screening for We Need to Talk on May 12, 2022, tickets can be found here