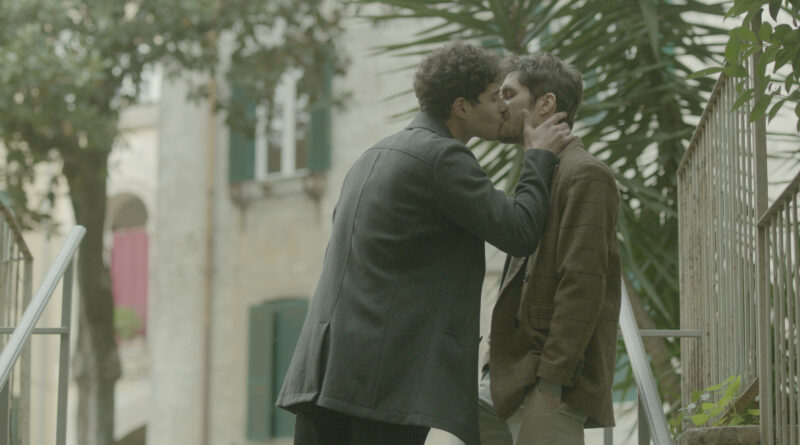 Mascarpone, directed by Alessandro Guida and Matteo Pilati, is a charming romantic dramedy.  The Italian film is subtitled in English.

You’d think nothing was wrong and that everything was okay in Antonio’s life.  He wakes to find himself alone in his queen size bed.  He turns slightly over to his partner’s side of the bed and judging from his body language and gestures, you know he is in love.  At the gym, he ignores the flirtations of a dark, handsome, and toned stranger.  But, alas, Antonio is in for a big surprise.  Lorenzo, his husband, wants out of his marriage and him out of the house.  Heartbroken, Antonio reluctantly agrees, but Lorenzo will help with the rent as Antonio is, after all, unemployed.   Responding to an advertisement for a spare room, the reserved, and awkward Antonio, is greeted by Denis, who is wearing a flamboyant yellow robe.  Denis, thinking Antonio is a hookup, disrobes, tossing the garment to the ground, revealing a toned body.  Antonio objects and Denis realizes his faux pas that Antonio is not his afternoon delight.   He tells Antonio to sit.  They talk about themselves, and the rent.  Their tete-a-tete is a hoot.  Questions are misinterpreted.  Denis doesn’t budge on the rental price of the room.   Unbeknownst to Antonio, his life is about to change when he takes the room. 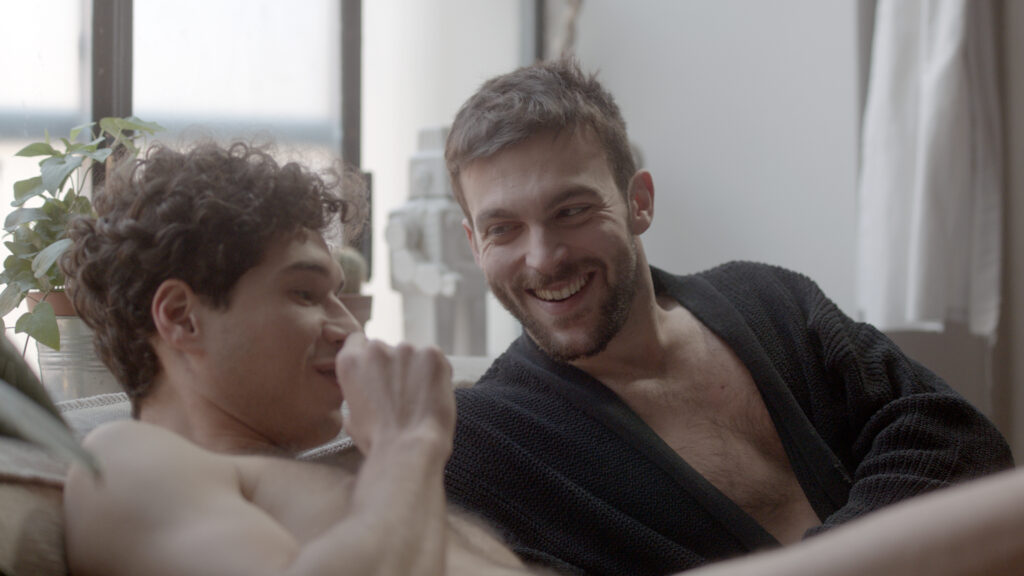 Guida and Pilati juxtapose the narrative of Antonio’s new life pursuing his passion for baking and exploration of his sexuality against his backstory and growing friendships with benefits with Luca and Denis.  As he opens up and embarks on a series of hookups with coaching from Luca and Denis, he learns the rules and stumbles into a romantic relationship with Thomas.  The motif of mascarpone cheese runs through the film punctuating the film with structure and context. Mascarpone cheese is an Italian cheese made of only two ingredients – heavy cream and citric acid (lemon juice).  It is used in the Italian dessert, tiramisu.  At the beginning of the film, Antonio is making tiramisu and asks Lorenzo to hand him the mascarpone cheese from the fridge.  Mascarpone cheese is one of the recipes he is asked to make in his pastry class, and his finals involve mascarpone cheese.  Mascarpone cheese is his connection to his grandmother who raved about it.  At the dinner party with Cristina, Luca, Denis, Thomas, and Antonio, tiramisu is served as the dessert.  While eating the tiramisu dessert which Antonio has prepared, the hot and bothered Luca rips into Antonio about his relationship with Thomas and blurts out intimate details about his relationship with Antonio to shock Thomas.  In the end, Antonio presents Thomas with tiramisu as a parting gift.  I applaud the filmmakers for their ingenuity to incorporate a celebrated dessert and cheese as a subtle narrative device to give structure to their film. 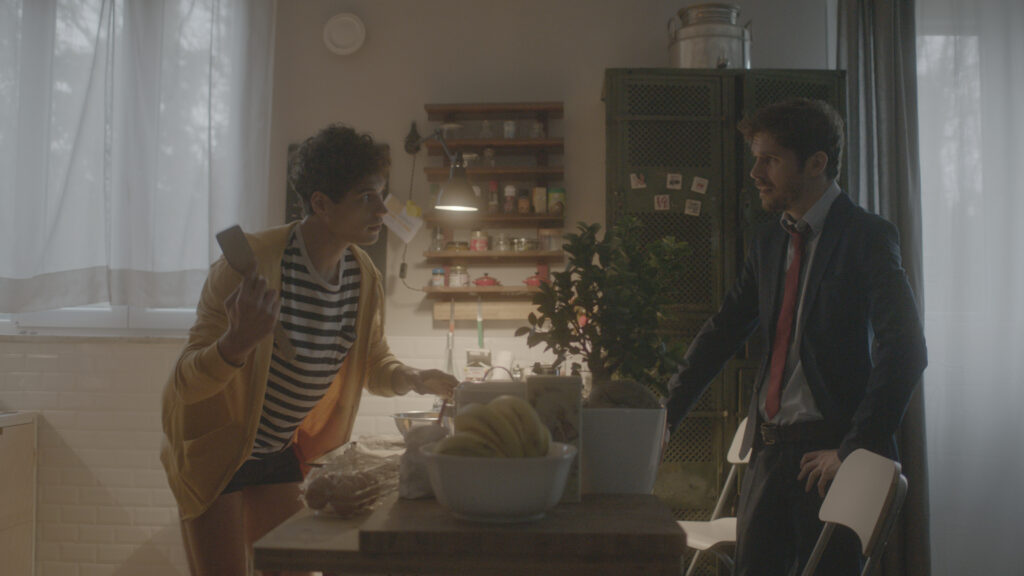 It’s a charming film with a stellar cast of actors who are to die for and who shine in their respective performances.  Commare gives a nuanced, poignant and sympathetic performance of Antonio, the dumped and grieving husband, the prim and proper young man, the naivete who is learning to navigate the ins/outs of hooking up, getting comfortable in his own skin, and asserting himself.  It’s a bittersweet performance filled with a rollercoaster of emotions as he grapples with his new reality and the impermanence of life and the death of relationships. Valdarnini’s performance of Denis is mesmerizing dripping with sexuality, wit, irreverence, and bravado.  He steals the show, and his gravitas lights up the screen. His character is deserving of his own film.  Saurino is captivating as Luca, the alpha male, all hot and bothered, with irresistible sexuality and masculinity.  You can’t say no to Luca.

The film ends on a high note which I very much appreciated.  Mascarpone is an enjoyable film to watch.  You will laugh. You will cry.  You will smile.  Don’t miss it.

Check out the trailer for Mascarpone below!

Dark Star Pictures/Uncork’d releases Mascarpone in theatrical (L.A.) May 6 followed by a DVD and VOD release May 10.