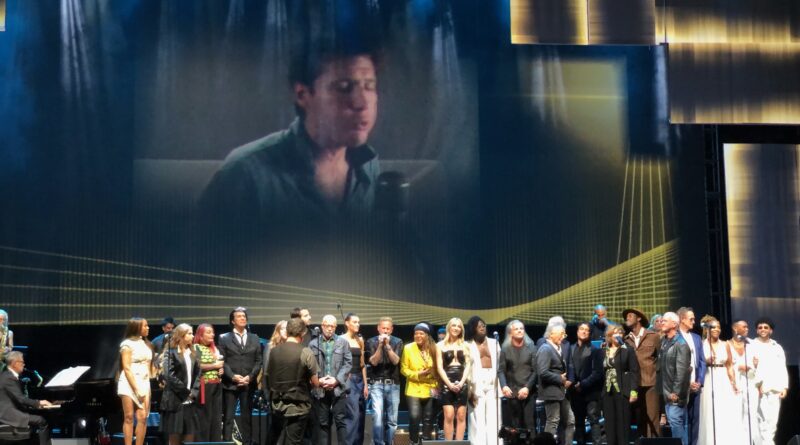 This past weekend on Saturday, September 24, we celebrated an unforgettable night with the 2022 Canadian Songwriters Hall of Fame Gala which took place at the Massey Hall. A night honouring the best in Canadian Music, and celebrated some of the Inductees’ songs that have shaped pop culture. The Canadian Songwriters Hall Of Fame ushered in five new inductees including Alanis Morissette, Bryan Adams, Daniel Lavoie, David Foster, and Jim Vallance.

Some of the honourable performances include Deborah Cox preforming Foster’s “I have Nothing,” while Charlotte Cardin beautifully performed Adam’s “Heaven”, “You Oughta Know” by Serena Ryder, “Hands in My Pocket” by Alessia Cara, and an iconic performance of “Summer of ’69” by Nickelback’s Chad Kroeger and Ryan Peake.

Another memorable moment was Grammy-winning artist Olivia Rodrigo who presented and expressed the “life changing” impact made from Alanis Morissette and presented her induction into the Canadian Songwriters Hall of Fame.

The best part of the gala was at the end when host Marie-Mai rounded the performances with Vallance’s “What About Love,” and brought back all of the night’s performers for the grand finale of “Tears Are Not Enough” written by Adams, Vallance, Foster, and Rachel Paiement.

Some more photos from Canadian Songwriters Hall of Fame Gala below:

The Canadian Songwriters Hall of Fame Gala is pleased to acknowledge this year’s Gala sponsors: The El Mocambo, RBC Emerging Artists, SiriusXM Canada, Slaight Music, SOCAN Foundation, YouTube Music, peermusic, Boucher Guitars, Hargraft Insurance EllisDon, Bureau du Québec à Toronto, YPO Gold the 6ix Toronto Chapter, Lake of Bays Brewing Company, Creekside Estate Winery, M.A.C. Cosmetics, and Gowling WLG. For more information about the Canadian Songwriters Hall of Fame go to www.cshf.ca. The CSHF has its permanent home at the National Music Centre in Calgary, which features a celebrated catalogue of inducted songs that fans can listen to in addition to displays, exclusive artifacts and one-of-a-kind memorabilia celebrating Canada’s greatest songwriters and Inductees. ABOUT CANADIAN SONGWRITERS HALL OF FAMEThe Canadian Songwriters Hall of Fame (CSHF) honours and celebrates Canadian songwriters and those who’ve dedicated their lives to the legacy of music; and works to educate the public about these achievements. National and non-profit, the CSHF is guided by its own Board of Directors, who comprise both Anglophone and Francophone music creators and publishers, as well as representation from the record industry. In December of 2011, SOCAN (the Society of Composers, Authors and Music Publishers of Canada) acquired the CSHF. The Hall of Fame’s mandate aligns with SOCAN’s objectives as a songwriter and publisher membership-based organization. The CSHF continues to be run as a separate organization. www.cshf.ca