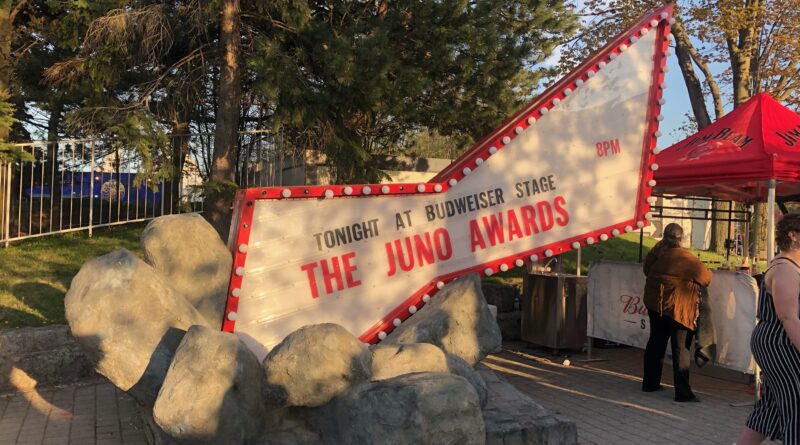 The 51st Annual JUNO Awards 2022 Broadcast returns for the first in-person show since 2019. Hosted by Toronto’s own Simu Liu (Shang-Chi), the awards took place on May 15 at the Budweiser Stage and aired live on CBC. This concludes the 2022 JUNO week of celebration which included JUNO Fan Fare, and the JUNO Opening Night Awards.

Some highlights from the JUNO Awards 2022

The night started off with a killer opening performance from the Arkells who performed “Reckoning” and “You Can Get It”. They also took home the Group of the year award presented by SiriusXM Canada.

Canada’s own Shawn Mendes also made a special appearance to accept the JUNO International Achievement Award, and he also took home the TikTok JUNO Fan choice. Mendes made a heartwarming speech on how you will always be enough and that your achievement shouldn’t be measured by others.

The JUNO Awards Broadcast also inducted the legendary award-winning record artist, Deborah Cox into the Canadian Music Hall of Fame. Cox became the first Black Woman to join and was inducted by Toronto Raptors alumni, Chris Bosh. Fans were treated to a special medley from Cox of her greatest singles  “Beautiful U R,” “Nobody’s Supposed to Be Here,” “Where Do We Go From Here” and “Who Do U Love.”

The audience was graced with a special performance from pop-punk icon and nine-time JUNO Award winner Avril Lavigne. Taking it back to the 2000s, Lavigne performed a special melody of “Complicated,” “Girlfriend,” “I’m With You,” “Sk8r Boi,” and “Bite Me,” from her latest album Love Sux.

The audience was also treated to a special pink beanie performance from bbno$ who had the audience dancing to his viral tracks “Lalala” and “Edamame.” and Arcade Fire closing the night with  “Unconditional 1 (Lookout Kid).

Such a fun weekend! You can catch the JUNOs next year in Edmonton!

About CARASThe Canadian Academy of Recording Arts and Sciences (CARAS) is a not-for-profit organization created to preserve and enhance the Canadian music industry and promote higher artistic and industry standards. CARAS’ mandate is comprised of four key pillars: Educate through our music education charity, MusiCounts, programs and initiatives, Develop emerging artists through mentorship and development programs, Celebrate Canadian artists with year-round JUNO Awards showcasing, and Honour music industry icons through the Canadian Music Hall of Fame.  In 2021 The JUNO Awards celebrated its 50th Anniversary, with a national celebration of Canadian music. For more information on the JUNO Awards or The Canadian Academy of Recording Arts and Sciences (CARAS) please visit www.junoawards.ca.