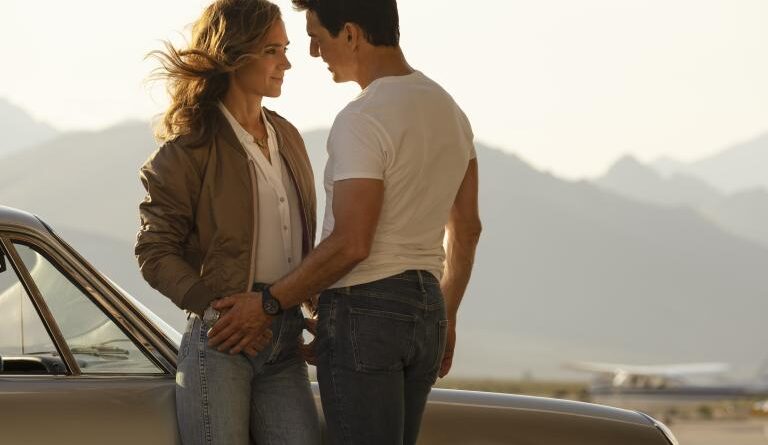 Top Gun: Maverick Is A Triumphant Return To A Time Of Blockbuster Movies

The long-awaited sequel to the 1986 classic starring Tom Cruise finds hot-shot fighter pilot Pete ‘Maverick’ Mitchell back at Top Gun for another adventure at the behest of old friend Lieutenant Tom ‘Iceman’ Kazansky (Val Kilmer). Not only does being Top Gun’s newest instructor bring Maverick back to a time of war victories and heroism, but it also brings him face to face with Goose’s son, Bradley ‘Rooster’ Bradshaw (Miles Teller). Gripping, emotional, and explosive, Top Gun: Maverick is a perfect example of what sequels are supposed to be.

Endearing, adventurous, and impressive, this is a movie that demands to be seen on the biggest screen you can find. Tom Cruise reminds the world why he is a legend and a veteran movie star. His charisma bleeds through the screen and his portrayal of Maverick is consistent, true and one that plays off the emotional connection audiences built with him in the first film. Maverick is the same daring, fearless and talented fighter pilot he was when we saw him thirty-six years ago alongside co-pilot and fan-favorite Nick ‘Goose’ Bradshaw (Anthony Edwards). The sequel follows a group of Top Gun alumni who return to the program in order to fly a deadly and seemingly impossible mission. Tasked with destroying an enemy uranium plant tucked away within a steep and complicated mountain range, young pilots Hangman (Glen Powell), Phoenix (Monica Barbero), and Fanboy (Danny Ramirez) must learn to throw their training books away and fly like they never have before.

With themes of guilt, redemption, friendship, justice, and family powering this story, the movie fails to fall into any lulls of boredom or stagnance. Every action-packed sequence is integral to the development of these characters and this story. This movie is fun, rambunctious, satisfying, and demands multiple viewings. This is the sort of exciting and impactful movie-going experience we’ve been missing over the years. Like Maverick, the action only goes higher and faster. Constantly escalating, every sequence finds a way to set up incredibly high stakes only for them to be scrapped and replaced by even higher ones. The actors give authentic and credible performances after participating in intensive pilot training commissioned by the producers and Tom Cruise himself. Having waited decades in order to make the right sequel, it goes without saying the stunts in Top Gun: Maverick soar past the bar its original set. And storywise, it’s fair to say every time these pilots find themselves home free, they’re thrown back into the danger zone. From the score to the stunts to the story, this sequel to the 1986 classic will reassure fans of the original that this movie was worth the wait.

Watch the trailer for Top Gun: Maverick below