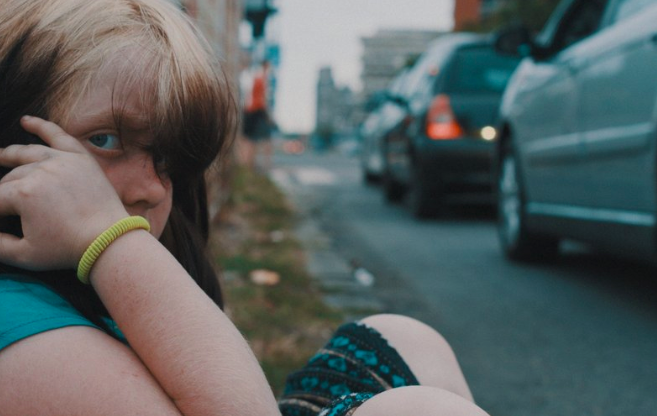 Entertainment Features Film & TV FILM REVIEWS NEWSFEED
April 30, 2022April 30, 2022 thextramile Hot Docs, hot docs 2022, Museum of the Revolution
Museum of the Revolution (2022), directed by Srdan Keca, is a deeply meditative and reflective documentary about his country, Serbia, where the utopian past of a nascent new country, Yugoslavia, a federation of states which included Serbia, meets the grim reality of modern capitalist society as told through the story of three female protagonists, a single parent mother family, Vera and her daughter Milica, and Mara, a middle-aged woman, a surrogate grandmother to Milica.   They live in the remnants of the Museum of the Revolution, in its dark and dank basement, and when the weather improves in makeshift dwellings in the park.  The park is enclosed by the city of Belgrade.  The basement and the park are home to a community of individuals.  The film is subtitled in English.
The filmmaker has stitched together many visual elements to create a compelling documentary where the unfolding story of the three protagonists as they live their lives in an inhospitable environment is juxtaposed against the changing physical landscape and the re-development of the site of the former Museum of the Revolution. 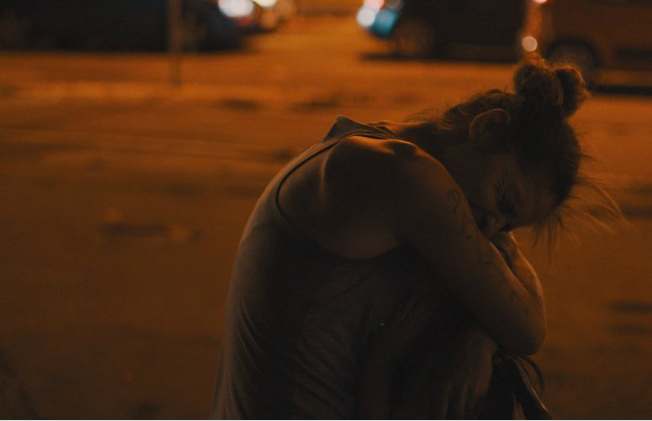 It’s a character-driven documentary and the personal stories of Mara, Milica, and Vera and their day-to-day lived experiences drive the narrative.  Scenes alternate between close-ups and medium-angle shots of the protagonists on their own and/or together juxtaposed against wide-angle shots of the city.   Their experiences collectively shine a light on the lived experiences of the unhoused speaking truth to the harsh realities of capitalist society and its propensity to marginalize people. The soundtrack, basically the use of ambient sound and background noise such as the din of traffic, and the sounds of nature evoke the harsh reality of the lived experiences of our protagonists.
The documentary opens with a philosophical quote and proverb and cuts to archival footage of Belgrade circa 1948 which situates the film within a historical context of time and space and a philosophy of ideas.  The film cuts to dark images of the basement, the remnants of the building, as the camera explores the cavernous spaces which are littered with rubble and debris.  We first meet Mara, an older woman, a surrogate grandmother to Milica, in close-ups and medium angle shots, and then, Milica, a young girl, playing outside in the cold making heart-shaped figures out of the snow.  We meet Vera, Milica’s mother, a bit later in the film.  As the film evolves, so do the backstory and the personal stories of our three protagonists.    We become privy to their thoughts, feelings, and experiences.  The dripping sound of water, the din of traffic, the crackling of the fire, the rustling of the wind, and the ambient sound of the noises from the construction equipment and vehicles, reoccur throughout the film, serving as a motif for the passage of time.   The film was shot over a period of one and a half years but evolved from an art project on the Pavilion of Serbia, Museum of the Revolution, a site-specific installation.  The film incorporates footage shot over several seasons, footage shot at different times of the day, time-lapses, and archival footage.  These elements give the film complexity and richness.
It’s a deeply meditative film that visually explores the legacy of the past asking the question of what happened to the dreams and aspirations of the former socialist Yugoslavian state, the impermanence of life given the changing personal circumstances of the female protagonists, and the harsh realities of a capitalist system which has failed to protect the vulnerable.  The documentary is a labor of love and a testament to the courageous will and spirit of Vera, Milica, and Mara against adversity.  Do see it; you won’t be disappointed.

Museum of the Revolution will be playing at TIFF Bell Lightbox 2
May 2 @ 10:45 am

Online streaming is available for five days starting on APRIL 29 at 9:00 AM.

3 thoughts on “Hot Docs 2022 presents Museum of the Revolution”