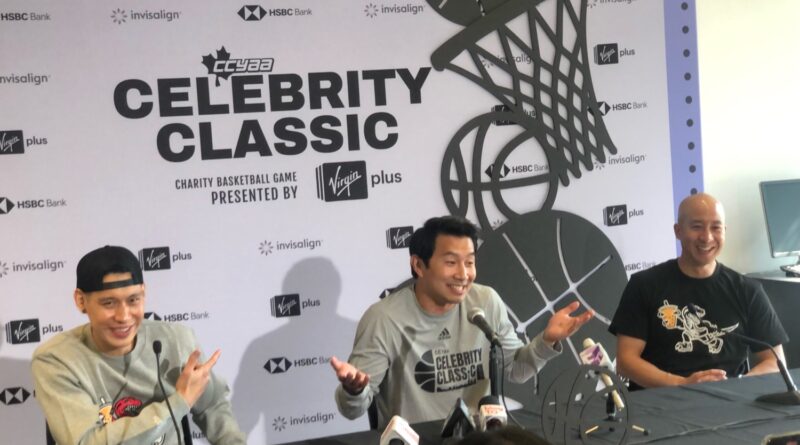 In addition to that, the event featured more than around 20 other celebrities, athletes, and personalities in the Asian community including Hasan Minhaj, Ronny Chieng, Charles Melton, Adrianne Ho, Phil Wang, Leenda Dong and more.

The day was a jam packed event, including the Youth Jam that took place earlier in the day with Simu and Jeremy who speak on their dreams. Simu mentions this in the press conference later in the day that “We had a youth jam where we got to speak out on our dreams and I remembered this. I wanna highlight a moment when a young child was going for a lay-up and Jeremy swats the ball into the bleechers”. Liu and Lin have a little laugh reminiscing that moment .

At the media conference Simu tells us his routine was working for a few hours, then having a protein shake, then salad with salmon which is his pre-game food. His Pre-game song is Basketball by Lil Bow Wow. He also mentions how this event gives him a lot of life on having the chance to bring his friend Jeremy Lin back to the place where he won his first NBA Championships with the Raptors.

Jeremy Lin talks on how the game has brought so much to his life, he mentions “When I think about the next generation, which is something on my mind these days, can we enrich their lives with access to things like sports. Even at the youth jam earlier, so many parents are bringing their young children here, like when I was growing up this didn’t exist. This was far out of the realm of possibilities and to see it now and be a part of it, I’m so happy with what Simu and Celement have done”.

Riverdale actor Charles Melton joins the panel and mistakes the CN Tower as Seattle’s Space Needle. Also to join the panel were Canada’s own Tesher, Canadian model Adrienne Ho, Youtube star Alex Porat, who also sang at the half-time show, and Comedian Hassan Minaj who kept gushing about the gorgeous people of Toronto! 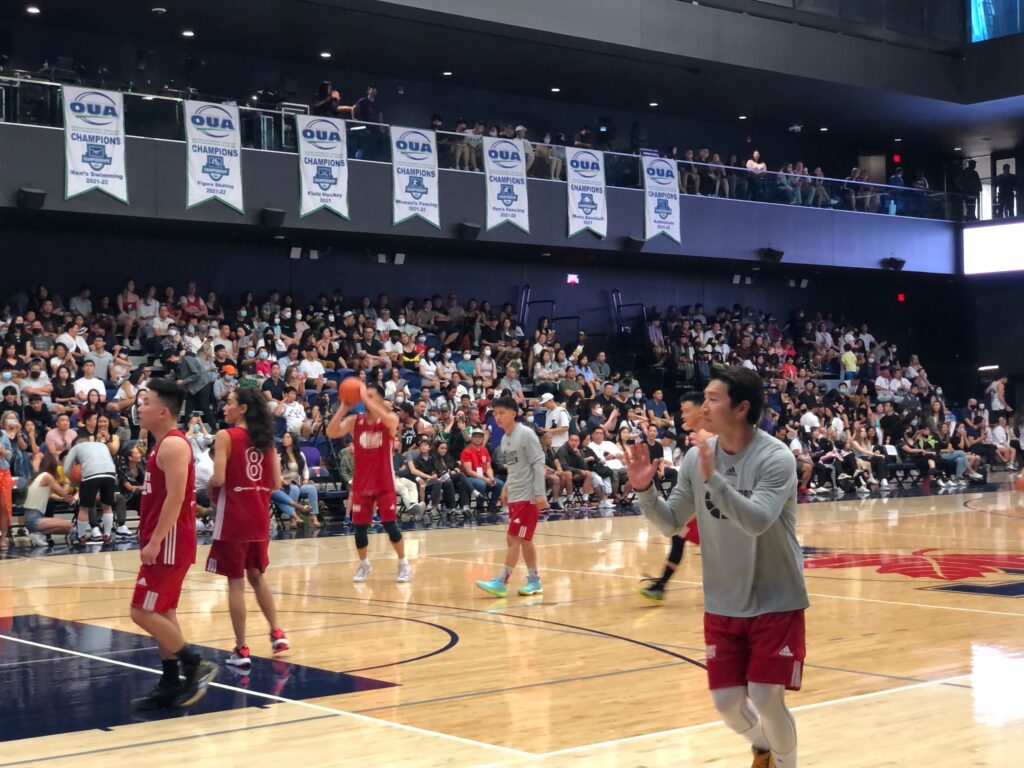 The game took place later in the evening with a jam packed stadium, and it was such a pleasure seeing culture and sports being celebrated. The after party was hosted at Superfresh and the city was filled with Asian culture all around. Check out some more photos below! 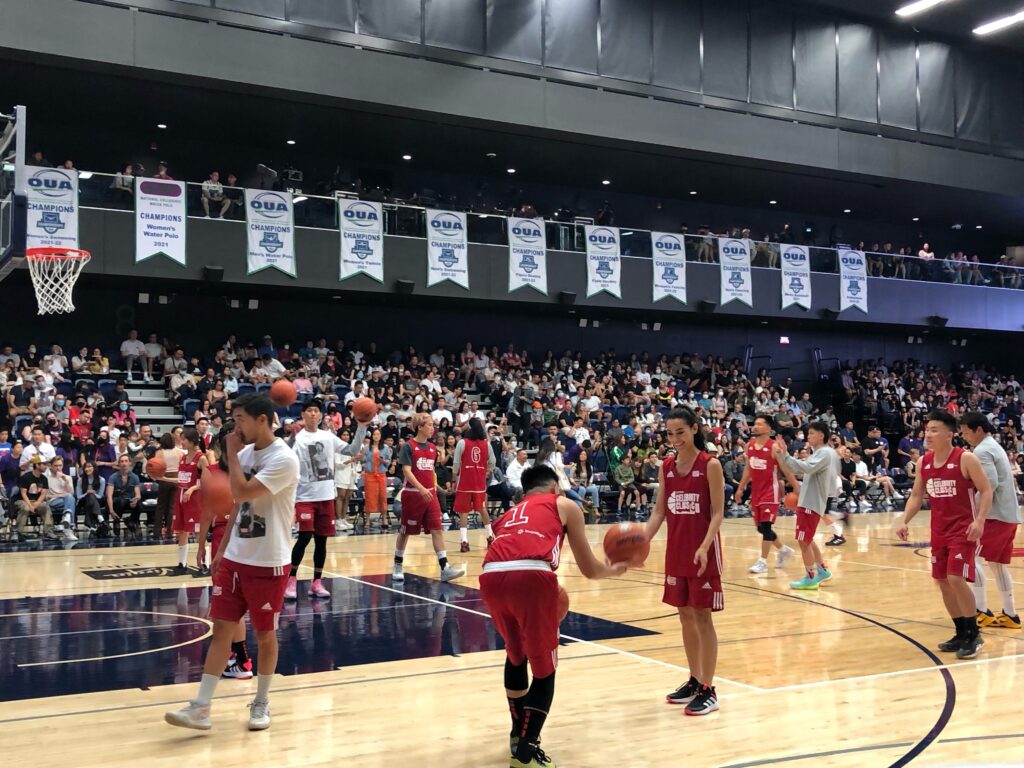 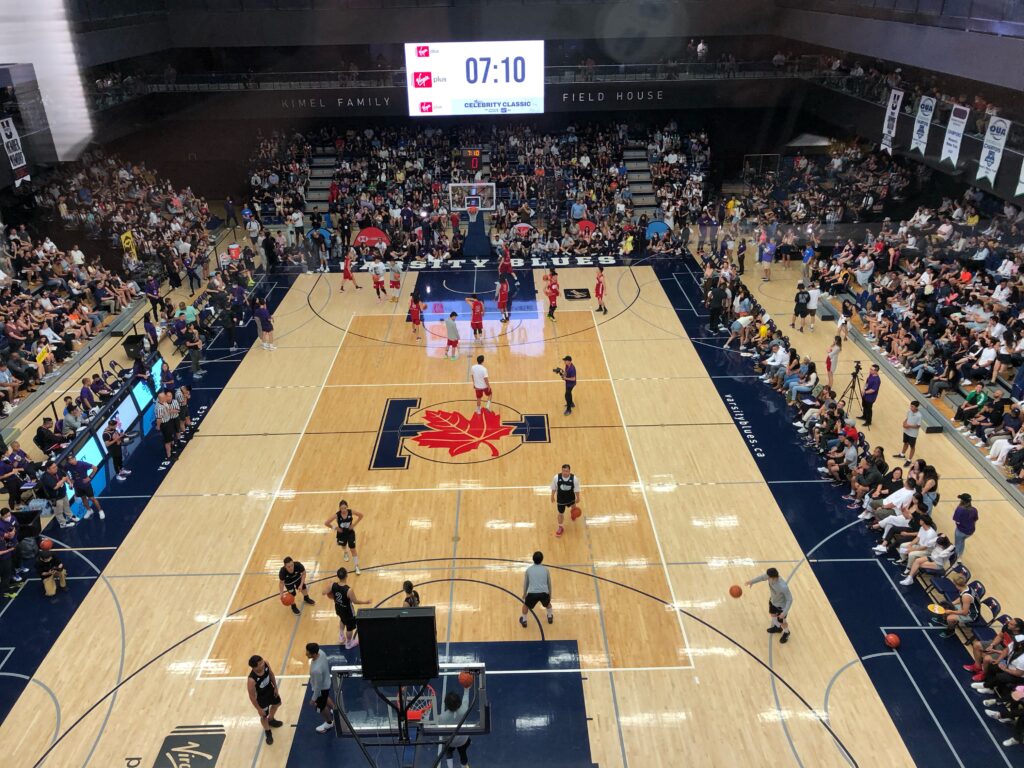 To learn more about the CCYAA visit their website here.

About CCYAA
The Canadian Chinese Youth Athletic Association (CCYAA) is a registered non profit which aims to promote physical activity to youth across the Greater Toronto Area and embrace diversity and inclusion in sports. Founded in 1995, the CCYAA currently services over 2,000 youths across the city in a variety of programs and events which include the Jeremy Lin Basketball school.

About the Jeremy Lin Foundation
Founded in 2011, the Jeremy Lin Foundation is a non-profit which supports underserved AAPI and cross-racial youth programs through narrative change, community empowerment, and cross-racial solidarity. The foundation has partnered with over 15 nonprofit across the nation which collectively serve over 22,000 underprivileged youth, 46% of which are AAPI and 54% from other communities of colour.