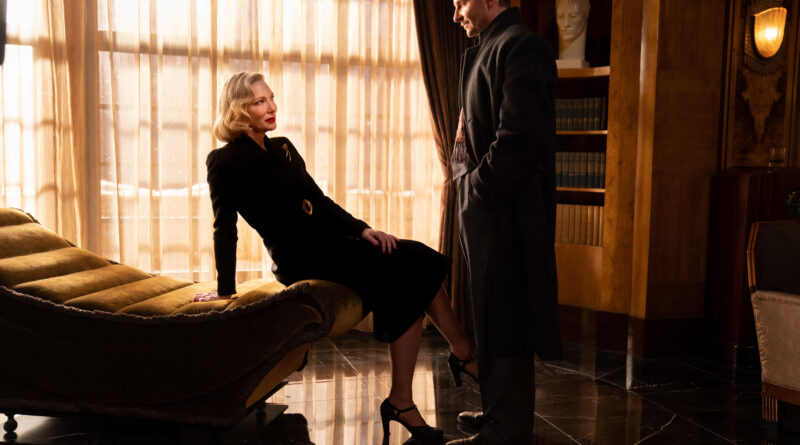 Oscar-winning director Guillermo del Toro returns with Nightmare Alley, with a twisted film adaption of a 1946 novel starring Bradley Cooper, Cate Blanchett, and Toni Collette. The film is set in the 1946 dark noir era, where a dream turns into a nightmare.

The plot follows Stanton Carlisle (Cooper) a young carny boy who gets a job doing random tasks at a regular carnival alongside Clem (William DaFoe) – who makes him do weird tasks such as finding dead animals for a homeless man to eat. There are all sorts of weird tasks happening in the carnival until Stanton meets psychic Zeena (Toni Collette) and her husband Pete (David Strathairn) who uses psychology to manipulate people’s minds. Stanton becomes fascinated and ends up getting his hands on Pete’s book, where he finds the potential to become a master manipulator. He falls in love with mentalist Molly (Rooney Mara) and asks her to run away with him to start their own sideshow.

Fast forward, Stan is headlining his own mentalist act in Buffalo with Molly. His dream of fame and fortune has come true while playing shows with higher clientele. At one of his shows, he meets psychoanalyst Lilith (Cate Blanchett) who entices him into working with a better cliente where they can make big bucks while offering some angels on how to grab those clients. Stan doesn’t turn down any opportunity for money, as he takes this road down a dark path even though he’s been warned many times not to.

The film starts off very slow, but immediately grabs our attention as we see Stan at his own headling show. The movie is filled with dark twists and turn, and you can’t help but keep your eyes peeled to the screen. We see some classic del Toro signatures throughout the film, and the performances were phenomenal. What else is better than watching corrupt characters who leap right into their own downfall.