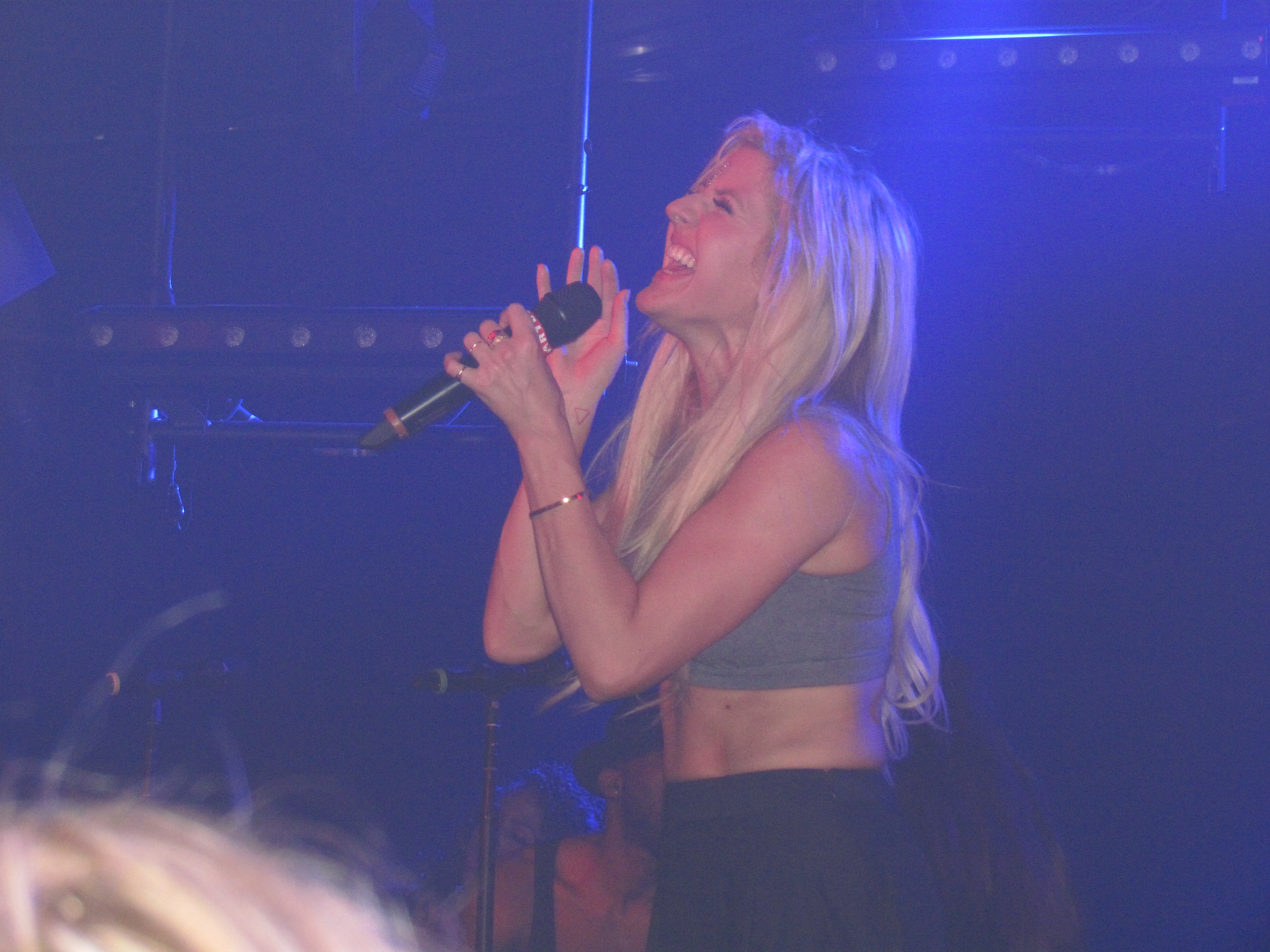 Chum FMs biggest night of the year hit the Kool Haus on Friday, May 9, 2014.  Many fans had the oppurtunity to see their favorite acts such as Andrew Allen, Magic, Alyssa Reid, Cris Cab, Kristina Maria, Tegan & Sara, and headliner Ellie Goulding all in one night.

The night began with Andrew Allen and Cris Cab opening the show, before Alyssa Reid hit the stage. Reid performed some of her hit songs such as “Satisfaction Guaranteed”, Heart’s remake of “Alone Again”, and she even brought up Virginia to Vegas to sing “We are Stars”. On top of that, Reid interacted with her fans by telling the audience she’ll follow back anyone who follows her on Instagram.

While backstage, we caught up with MAGIC’s Nasri Atweh and Mark Pellizzer. Atweh was super friendly and said hello to everyone backstage. At one point, he even brought out his guitar to practice their hit single “Rude” in front of media and other talent.

Backstage, we also caught up with “Move like a Soldier” singer Kristina Maria. Maria was all smiles when we went to discuss music with her. She also rehearsed a couple of dance moves along with her dancers before her set. When Maria hit the stage, it was no surprise that the audience sang and danced along to all her songs. She performed all her hit singles such as “Karma”, “You don’t have the right to Cry”, and “Let’s Play”.

Finally, one of the headliners Tegan & Sara hit the stage performing their hit songs “Goodbye, Goodbye”, “I was a fool”, and “Closer”. The duo’s set was about 50 minutes long, and fans enjoyed every momeny of it.

Hitting the stage , Ellie Goulding lifted up the crowd’s spirits as most of them were waiting for her to perform all day. Her set time was at 11p.m. and not a single person in the crowd cared that they waited 12 hours just to see her. Opening with “Figure 8”, Goulding brought her signature dance moves and unforgettable voice to Canadian Music Week. She sang a bunch of fan favourites tunes, such as “I Need Your Love”, “Lights”, and her current number one hit, “Burn”. Check out our video here.

After the concert ended, we were able to meet the lovely Ellie Goulding herself! She tells us she how she loves Toronto and hoping the next time she comes, she plays her own show. Check out our snap below from Ellie Goulding CHUM FM FanFest.