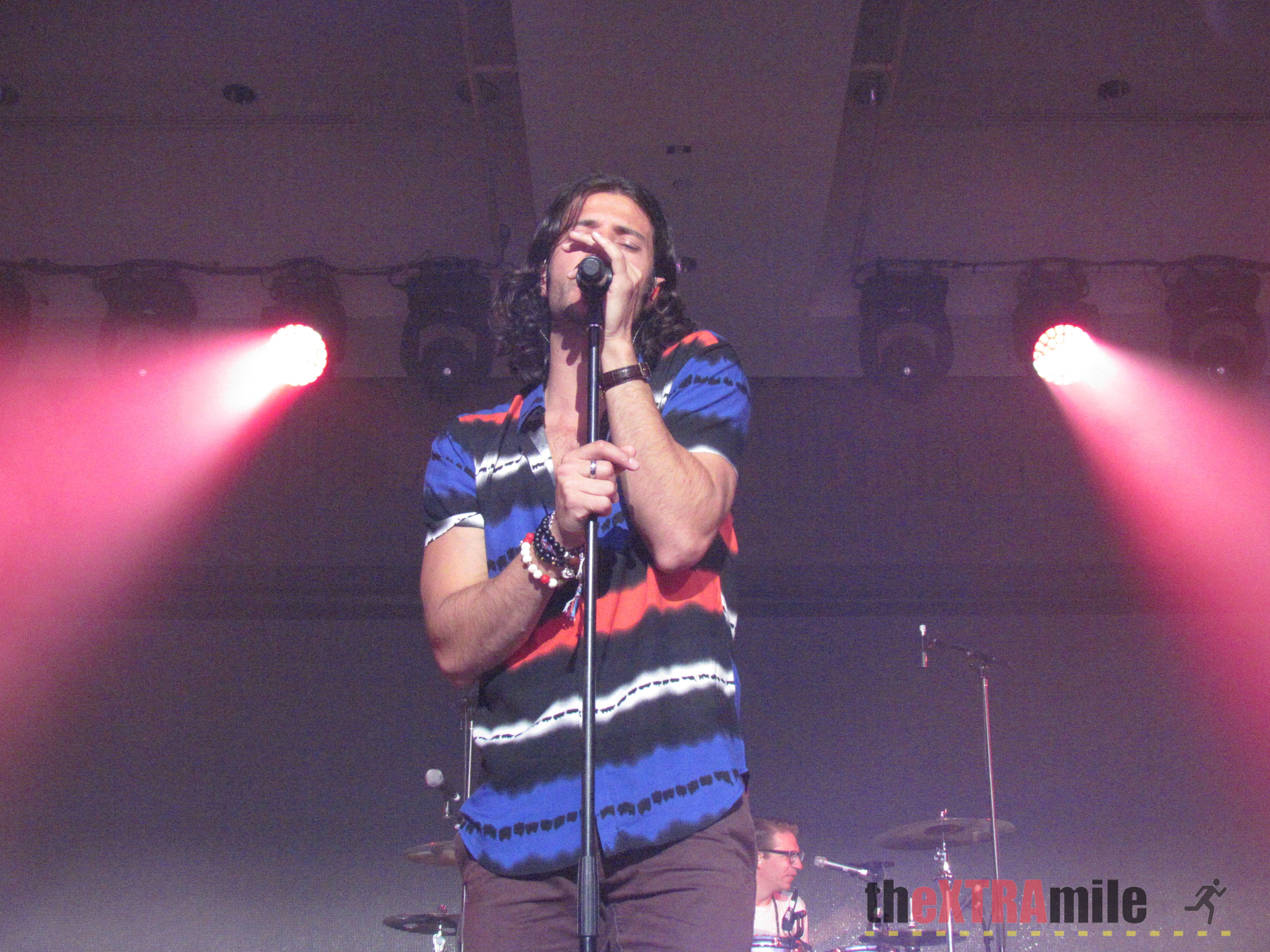 CHUM FM’s FanFest continues to be the highlight of Canadian Music Week.  On May 8, at the Sheraton Centre, CHUM FM’s FanFest graced the ballroom with amazing acts such as Francesco Yates, Shawn Hook, Trevor Guthrie, Collie Caillat, Kiesza, LIGHTS and MAGIC!

The night began with 19 year old singer-songwriter Francesco Yates who has already won the likes of Justin Timberlake and Pharrell Williams, who is currently working with Yates on his debut album.  Most might be familiar with his hit song “Better to be loved,” which Yates performed and everyone in the audience sang along.

Former lead singer of SoulDecision and now a solo artist, Trevor Guthrie graced the stage next with a more “Electronic Dance” feel opening his set up with “SoundWaves.” Guthrie knew how to work the crowd by pumping his fist in the air and hyping the whole crowd up. It’s almost as if everyone was at a rave with the lights and loud beats. Closing his set with “This is what it feels like, ” he left fans wanting  more.

Hitting the stage at 8:30 p.m. American Singer-Songwriter Colbie Caillat took the stage bringing us back in time with her hit singles “Fallin’ For You,” “Realize,” “Bubbly,” and “Lucky” with singer-songwriter Justin Young, singing Jason Mraz‘s part. Then switching things over to a more slower phase on the piano, with her newer single “Try.” Caillat also sang her single “Never gonna let you down” and ending her set with “Brighter than the Sun.”

Fans were anxiously waiting for LIGHTS to hit the stage. As soon as she hit the stage with “Toes” fans began singing along and capturing the essence. LIGHTS then brought back old memories by singing  “Drive my Soul.” She continued with newer singles such as “Running with the Boys” and closing her set with “Up We Go.”

Kiesza finally took the stage singing her hit single “Hideaway,” “The Love,” “No Enemiesz” and her newest single “Sound of a Woman.” The crazy amount of energy she had during her set, spread through the audience which kept them on their feet for the whole set.

Finally MAGIC! took the stage opening with “Don’t Kill the Magic.” It was just last year, the boys of MAGIC! opened for Ellie Goulding at CHUM FanFest 2014, and now here they are headlining CHUM FanFest 2015.  Even at 11 p.m. the boys managed to keep the audience loud and excited by singing a cover of Cyndi Lauper‘s “Girls just want to have fun.” Closing their set with “No Way No” and fan favourite, “Rude,” the boys of MAGIC!  truly made this an unforgettable night.